Having trained in dance and Pilates in the ’90s, in 2000 Abbe was one of the first certified teachers to introduce Pilates in Ireland, and a co-founder/director of Dublin Pilates Studio (with physiotherapist Lesley-Anne Ross) from 2002-2006.

During her training, an ongoing interest in somatic (mind & body) methods led to continuing studies in this field, including Ideokinesis, Alexander Technique, and from 2001, classes in Feldenkrais Method. Following a back injury a couple of years later, a course of individual Feldenkrais lessons (with practitioner Sabine Volkmann) was a life changing experience, enabling a full recovery along with an improvement of movement ease and ability that surpassed pre-injury levels. This led to a professional Feldenkrais training in Amsterdam (2005-08), and a move into full-time Feldenkrais practice from 2007.

Abbe’s teaching approach is informed by her background in dance and somatic education and her own experience recovering from injury. Her practice is based in Dublin (along with  a small practice in Killarney, Co. Kerry) and she enjoys working with a wide range of people with diverse needs – from all ages with back, shoulder and neck pain, to professional performers (musicians, actors, dancers), and athletes.

Abbe is a certified Feldenkrais practitioner and member of Feldenkrais Ireland (www.feldenkrais.ie). 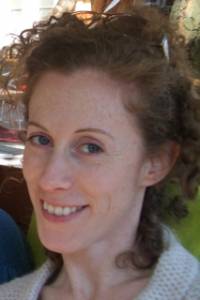